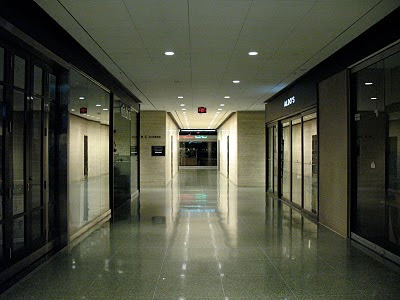 Greyfield land is a term used in the United States and Canada to describe economically obsolescent, outdated, failing, moribund and/or underutilized real estate assets or land. The term was coined in the early 2000s as a way to describe the sea of empty asphalt that often accompanied these sites, which may also be referred to as “dead malls” or “ghostboxes”.
‘Greyfield’ is an ongoing project which investigates the acoustic trace of these spaces; its most recent incarnation is based on sounds recorded in Toronto’s downtown underground pedestrian network. This network, known as the PATH system, is recognized as the world’s largest underground shopping complex. It traverses the entire downtown core and interconnects many notable buildings, including Mies van der Rohe’s Toronto-Dominion Centre complex and Santiago Calatrava’s BCE Place galleria.
My fascination with the PATH network stems from its haunting/haunted atmosphere – the high tech cathedral of branding stripped entirely of its human element.. For this reason, the recording sessions for the project occur late at night or on Sundays, when the network is virtually empty. At these times, the predominant sounds are those of the climate control systems and electronic banking and communications networks, these accompanied by the soft haze of muzak.
Though the intent and sound of the pieces may reference sound art, the techniques employed in the creation of the pieces bear similarities to those of a live remix. Sounds are collected using a variety of dynamic and contact microphones, and immediately downloaded to a laptop where they are processed; the final pieces are then improvised on location as a soundtrack to the space’s apocalyptically empty, surreal cinema. 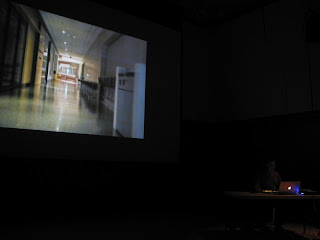 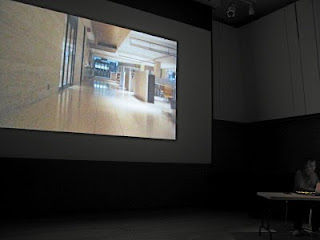 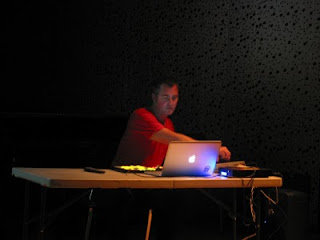 greyfields from michael trommer on Vimeo.